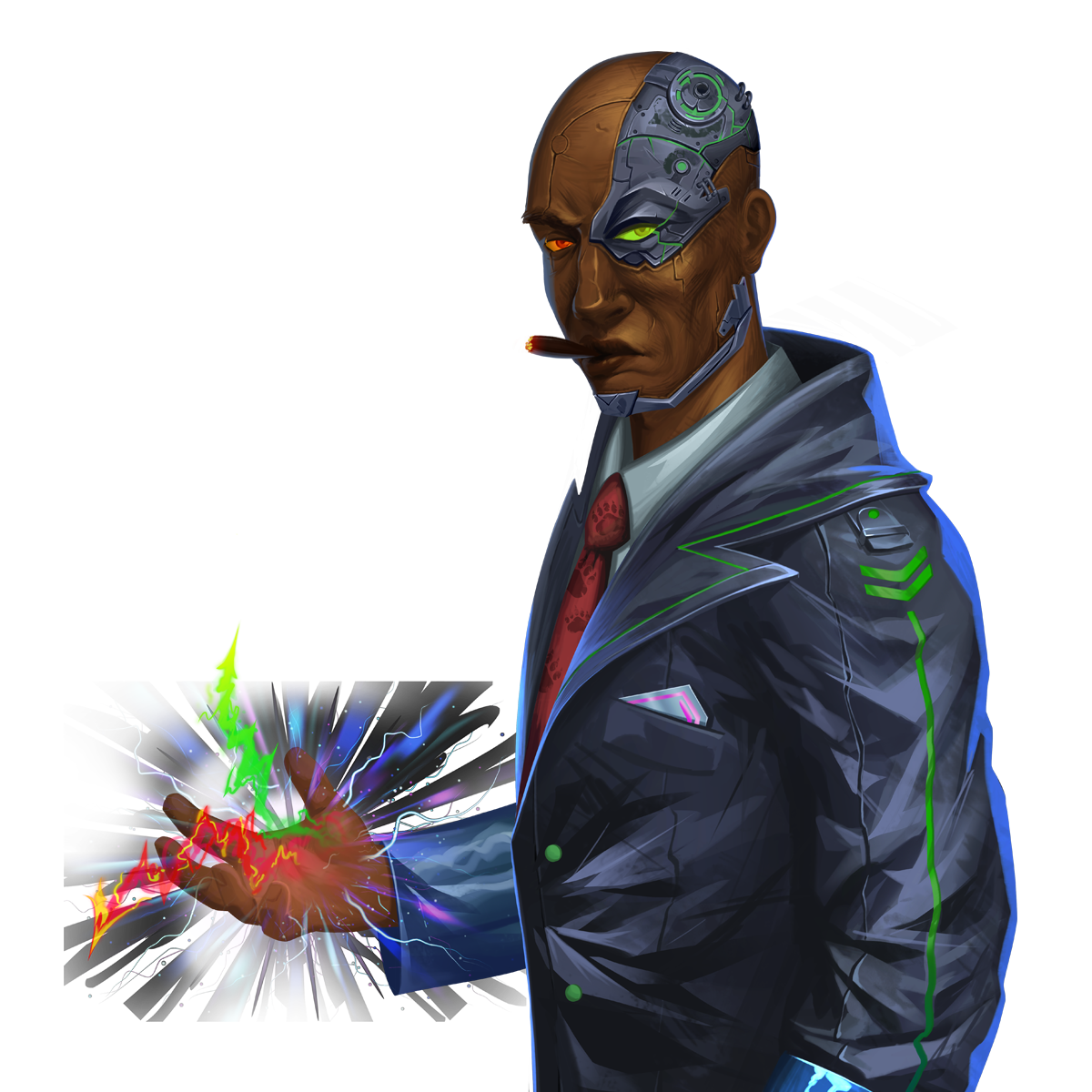 It came to me in a dream. I was alone under the night sky on the front porch of an old cabin. Clouds covered the full moon so that only glimmers of white light shone through. The air was thick with the smell of earth and there was no breeze, only trees and shadows. That's when I saw it, one massive shadow meandering through the trees. A small break in the clouds let in some light and the shadow gave way to dense fur, so much fur, and teeth the length of my fingers. Never before had I seen such a fantastic beast of the Old ways. Its great legs like tree trunks and each of four paws the width of my rib cage.

It looked at me. Two wise eyes penetrated my fragile, mortal shell to evaluate the essence of my soul. Awe turned to fear and fear became everything. My legs felt weak like jelly yet stiff as rock, begging to run yet unable to move even a single toe. As fear grew, so too did the space between the Beasts jaws. White teeth opened to reveal the black void of its throat, drawing me in, calling me forth, my last breath at hand. Its eyes narrowed, lips drawn back in a deadly snarl, teeth fully revealed with shades of yellow at the roots. So close now its breath warmed my face in spite of the cool night air.

But then a curious thing happened…

Was it a choice? Reflex? Did it come from me or from somewhere else? These are questions for which I know not the answers. What I remember is a release of the fear like a snake sheds its skin. I remember thinking; 'if this be my end… then may it be' so. For no end could be more meaningful than by the will of such a great Beast of the Old. When I released the fear so too did the fear release me. My muscles found their strength yet there was no more need to run. My mind free'd from it's prison but in that moment there was no need to think. Just to be present, fully, with the Old Beast, the Great Bear.

I gently reached out my hand and its jaws closed upon it. Two giant teeth penetrated the flesh, one from above and one from below, leaving two holes that healed as fast as they were made leaving not a single drop of blood. Two scars.

This is when I awoke from the dream and the dream faded to memory…all faded but for the scars upon my hand, the scars remained and still remain to this day.

Ever since that day I feel the presence of the Bear with me, within me, wherever I walk. Its ancient growl carries within the sound of my voice. I feel it's call in the markets where others feel nothing. I sense its presence and I see its movements whereas others see nothing.

And sometimes… it reaches out through me.

When the Bear reaches out it crushes all beneath its great weight. People, objects, markets. It draws fear forth from the weak and from the untrained, leaving panic and chaos in its wake. Fools make foolish choices. Treasures are left unattended, ready for new masters. They say nothing in this universe is ever truly destroyed, only changed. Wealth never disappears, it only trades hands from one master to another.

This is where I thrive. The Bear is my friend. Change is my ally.

I am a Day Trader.